Please forgive me if I'd putting these in the wrong area - did read the post 'To all our little family' but I suspect my brain has wandering off somewhere - gentle smile.

I can't even imagine flying in this, let alone flying it and being shot at at the same time! 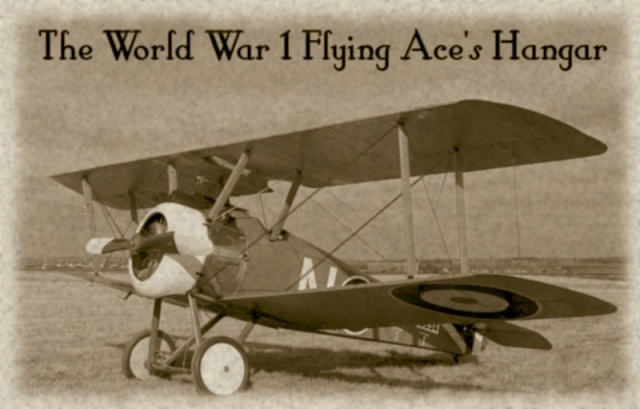 Not much protection ... (and if I remember correctly, pilots weren't issued with parachutes, either?) ... 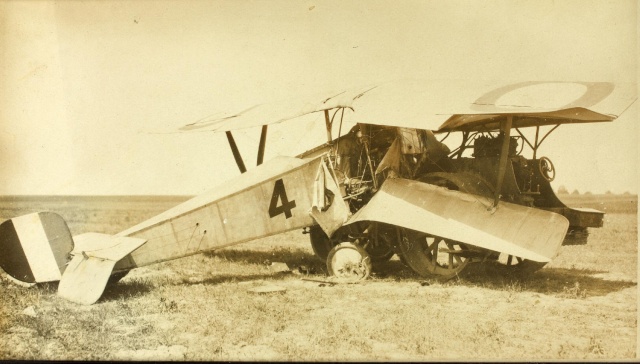 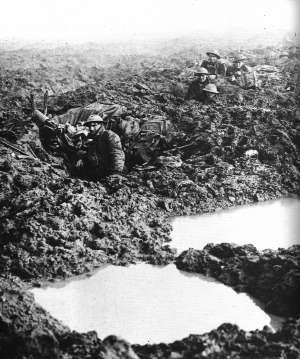 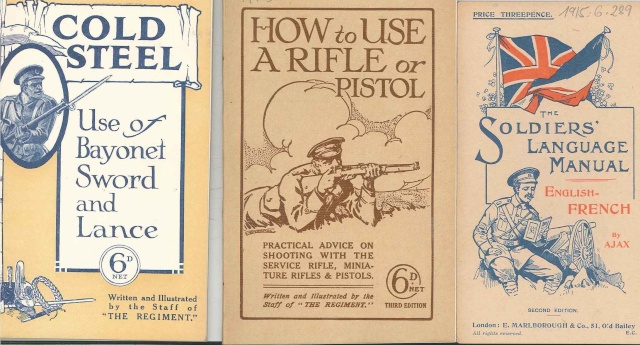 (Re above:  Know this likely may not make 'sense' but somehow getting shot seems 'better' than being stabbed with a bayonet)

This is only from a Canadian prospective, of course, but shouldn't think the horrors they saw were different no matter where they were from ...


"Canadian Nursing Sisters
More than 3,000 nurses served in the Canadian Army Medical Corps in the First World War. They saved lives by assisting with operations and caring for soldiers recovering from their wounds. During the intense rush of casualties after a major battle, nurses worked for days on end with virtually no rest". 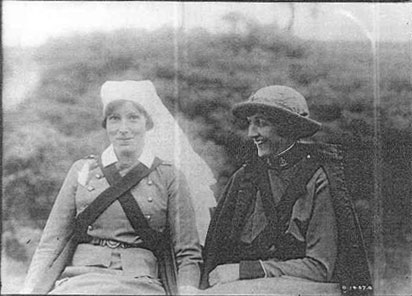 That image of Soldiers in the mud. Must have been hell on earth for them.
Thanks Mara for sharing these images.

The conditions they all had to struggle with, and try to get through was horrendous for sure.
And I was so surprised to hear no parachutes were issued if the need was for them to bail out. They just had to sort of manage best they could and get down if something went badly wrong.
The nurses there must have seen some terrible sights, but to put them aside to treat all that came their way to be helped.
Thank you for sharing these our Mara.
_________________

Thank you Mara, horrors of war are just that, when you think of all the deaths of your people in all these wars world wide, and for what? Greed mainly I think.


I meant to add this below bit with the picture of the men in the trenches:


Excerpts from the Diary of Herbert Heckford Burrell, who was stationed on the Western Front:

A night of horror was in store for us and it happened thus: Our men packed like herrings in this deep and narrow trench neither coming nor going had to endure a hellish fire from trench mortars & it was not long before the casualties mounted up. No effort was made by any officers or noncomons to get the men to safety & they stood for what seemed an eternity uselessly sacrificing their lives.


I helped to carry the stretchers out & what with disgust at the useless sacrifice of valuable lives & nerves that had been severely tested for so many hours expecting violent death every moment".

And those that did survive, so many wounded physically and mentally ... 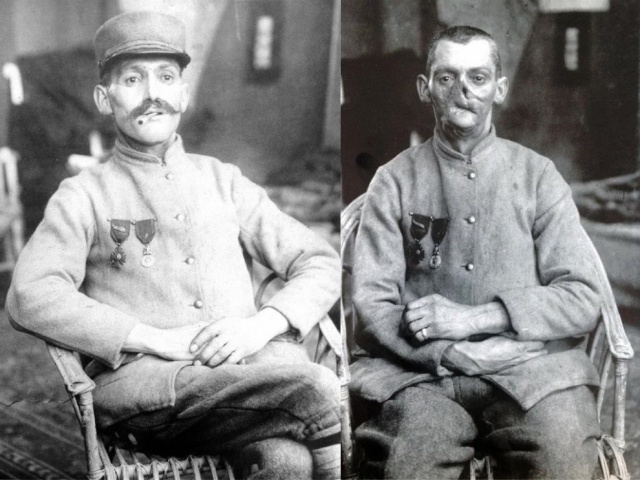 As terrible as the conditions were there, like was mentioned in the diary, it is something many of us will read to learn, just what so many went through personally. And I feel those diaries would have helped many there to get out of them what was deep inside, their thoughts, their feelings, and emotions that maybe they felt best to not voice to their friends there at the time our Mara.

Terrible injuries for sure, and with many disfigured, they would have been so struggling to come to terms with their 'new me'. But maybe as they lost many of their precious friends too, they maybe have thought, at least they did actually survive, as hard as it would be for them to carry on.
_________________

I think WW1 was called - and still may be called - the bloodiest war.  And the more I read about it - oh my dod!!

Mara wrote:This is only from a Canadian prospective, of course, but shouldn't think the horrors they saw were different no matter where they were from ...


"Canadian Nursing Sisters
More than 3,000 nurses served in the Canadian Army Medical Corps in the First World War. They saved lives by assisting with operations and caring for soldiers recovering from their wounds. During the intense rush of casualties after a major battle, nurses worked for days on end with virtually no rest".

All wars, no matter where, bring so much to so many, as all they are trying to do, is to protect their Country.
We all, I am sure, can look back, read, and learn so much, of everything that happened, everywhere, during those devastating times.
Many there so very young, half the time having no choice but to go to war. The fear they must have all initially felt, also of course it was been heard many 'upped' their age so they could go to fight in the wars.

I am no way an expert of this, just of course like so many of us, what was passed down over the generations that was spoken about.
All I do know is, no matter what Country fought in the Wars, it was a blessing so many did make it home again to their loved ones, and their families.
Naturally many carried injuries to bear the rest of their life, so many terrible memories as well. But sure many lived their life later feeling they were living it for all that lost their lives in the wars.
_________________

I have read a lot of books that incorporate accounts of the first world war  they all describe the horrors, lives lost, terrible injuries etc. so many hero's and heroines and to think kids think they are badly done to these days if they haven't got the latest mobile phone!

How sadly true, Joelle.  I've never quite understood why history in school doesn't include WW1and WW2, rather than that of the Romans and Greeks, for example.  Very odd indeed but perhaps it's because, no a days, heaven forbid we should upset a child in any way - sigh.

I, too, have read of the horrors and seen them in documentaries on TV.  At the moment, they are showing lots of film on the TV, not to celebrate, but to remember the wars.

My Gt. uncle returned home with trench feet and I know that of those that did return, many of them felt guilty because they'd survived and their comrades hadn't.

It sure is, June - and nearly as sad that the promise, "We will never forget" may become a fib in only the next generation.