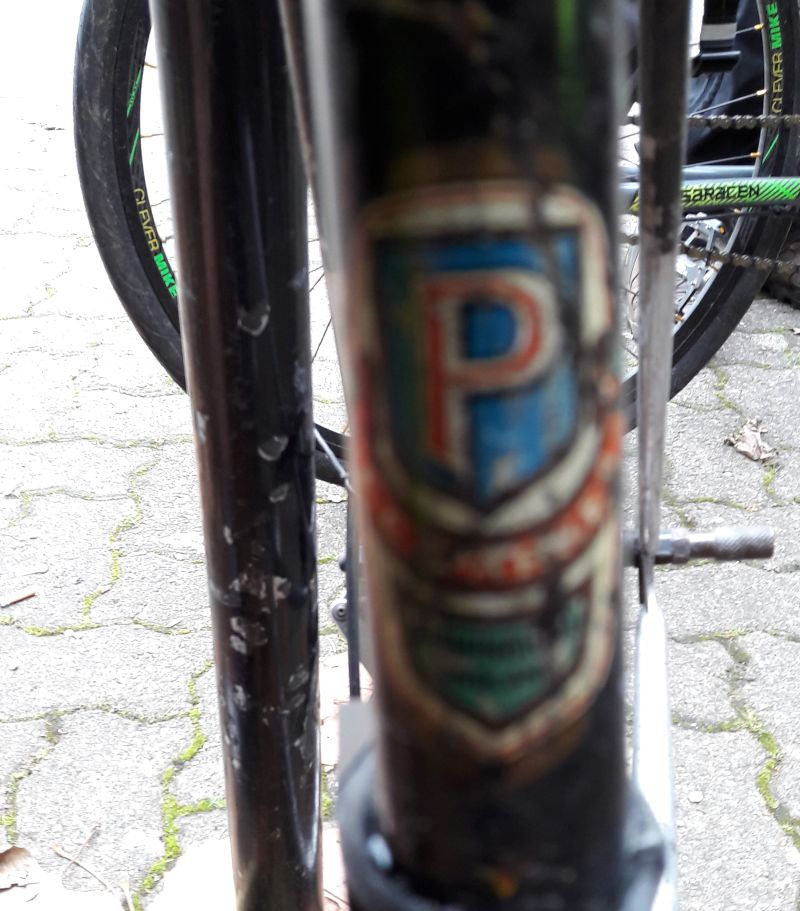 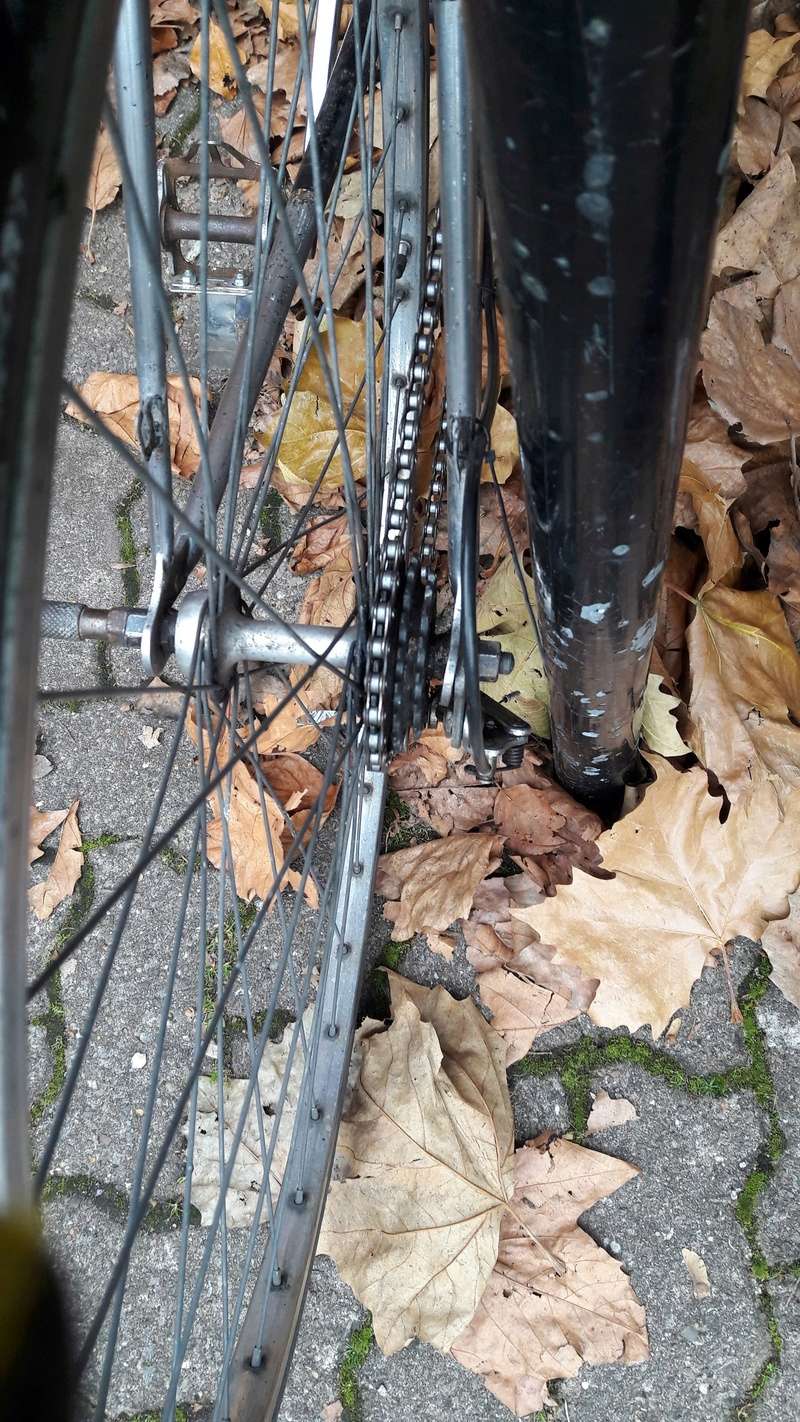 Parked at Warminster Library this morning. 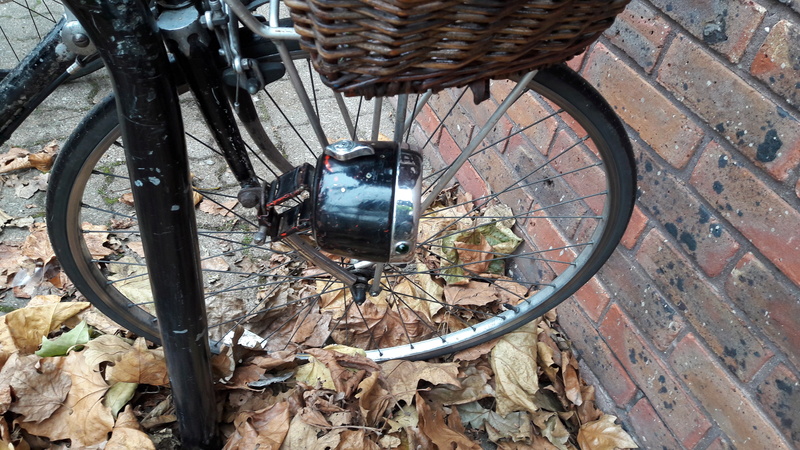 We have come a long way from these old lights Condor.  Any idea of what this bike is?

Letter 'P' suggests Peugeot or Phillips. It looks 1950/60's (say) as it has a one-piece aluminium rear wheel hub - expensively modern on 1950 (an early Campag?), yet an old-style three-gear rear cassette (block). The light looks like a dynamo type, or, some had a battery case, on the frame down-tube, that held (say) four HP 1 batteries that were wired to both front and rear lights. Wheel rims may be ally but can't be sure - they'll be the old 27 by one and a quarter, different from modern 700c.
Interesting Nordog!

Thank's Condor, as it is local to me I will try to find out more of its history from the owner.

Just like your Hammer/broom same frame many parts refitted Condor.