I treasure the 2 pieces of china I got from 2 members here in our little family..

Thankyou folks its amazing but I really like these little birds they are fun to look out for and would be lovely among the flowers chirping to the Fairies and the Hens , I will show you them as the collection grows

Yes please Captain, it will be lovely to see them.

Well folks yesterday I went to a Charity shop and found several more Birds and on adding up the cost am pretty sure I was swindled out of one pound it does all go to charity one the Childrens Hospice and the other I cant remember at the moment , all these birds come from Charity shops I do look for them first of all and dont like to pay a lot being as tight as tight can be , but knowing its going to a charity is nice , but I really would say to anyone to go along and have a look as the things you can buy are really good ,

Anyway folks this is the latest additions to the collection , 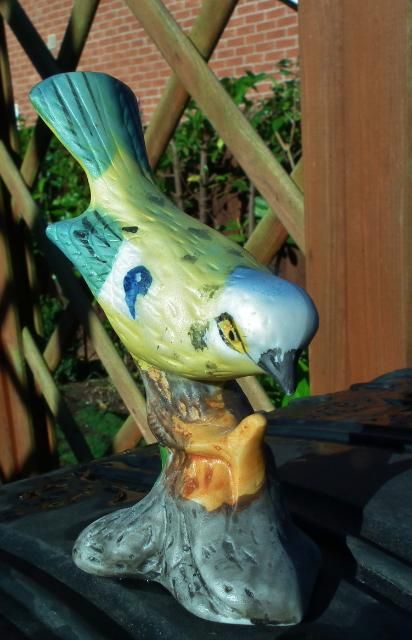 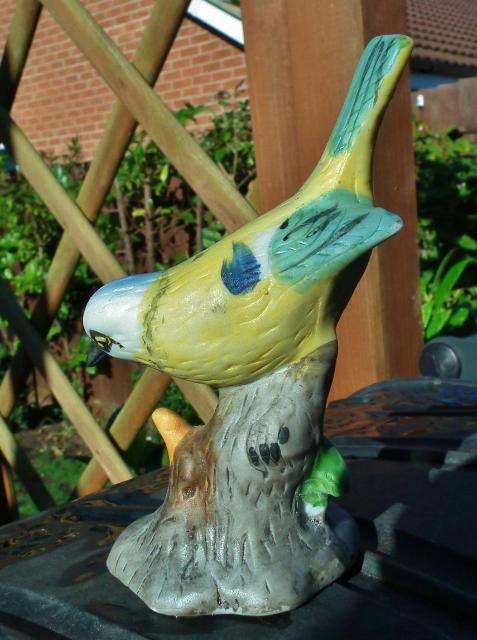 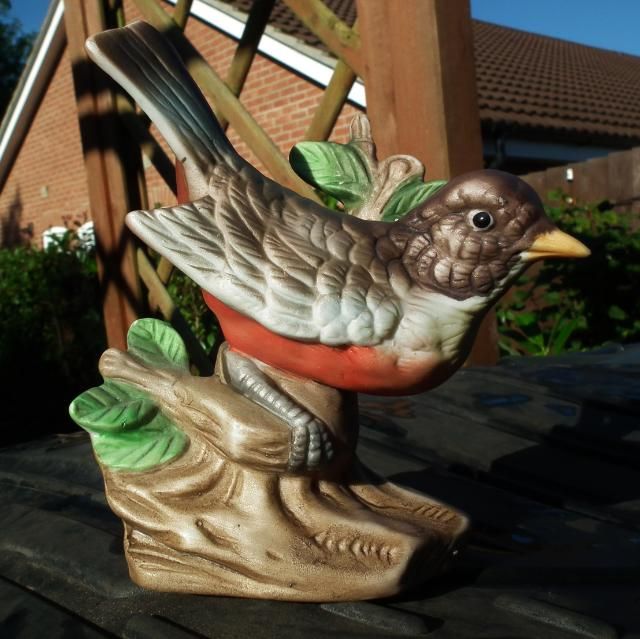 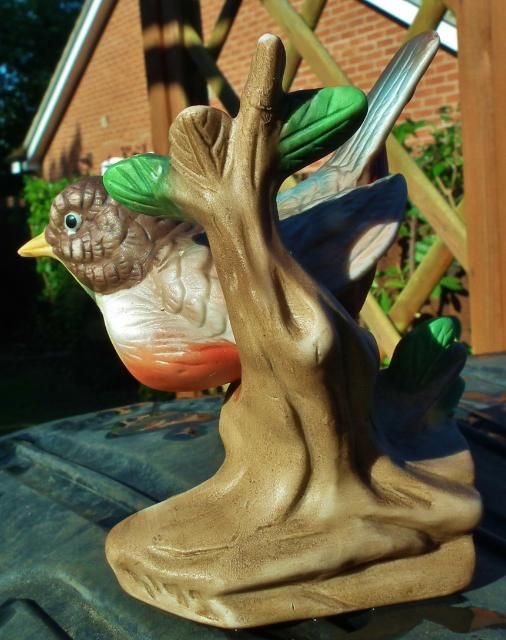 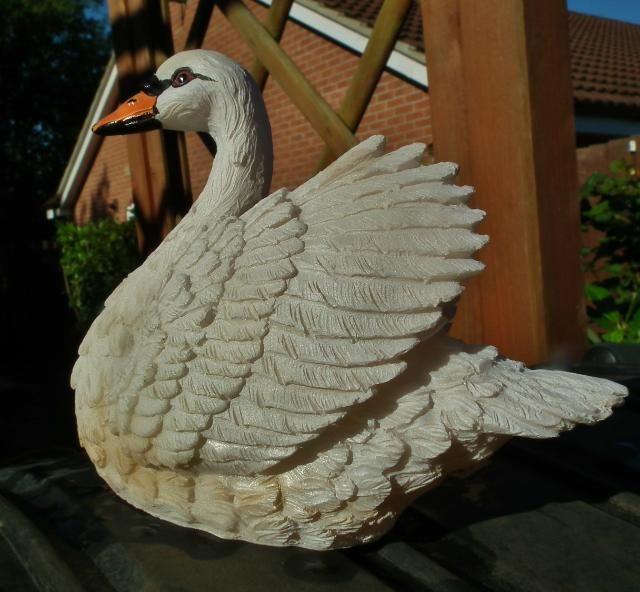 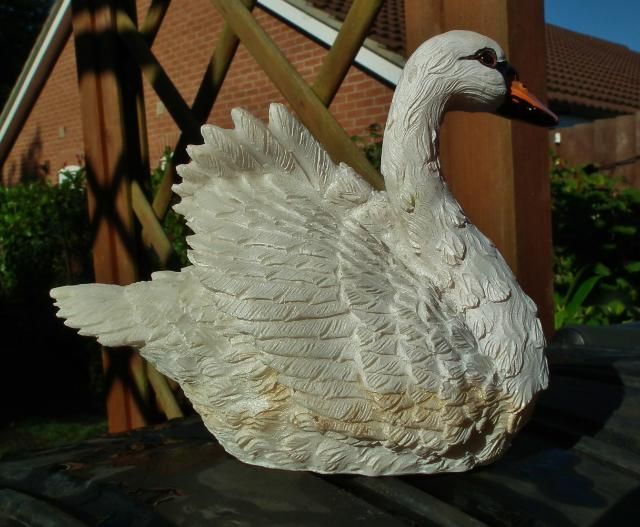 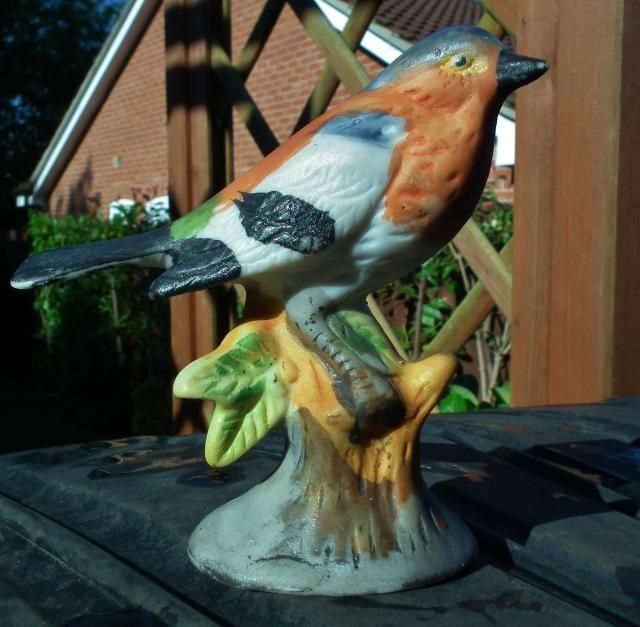 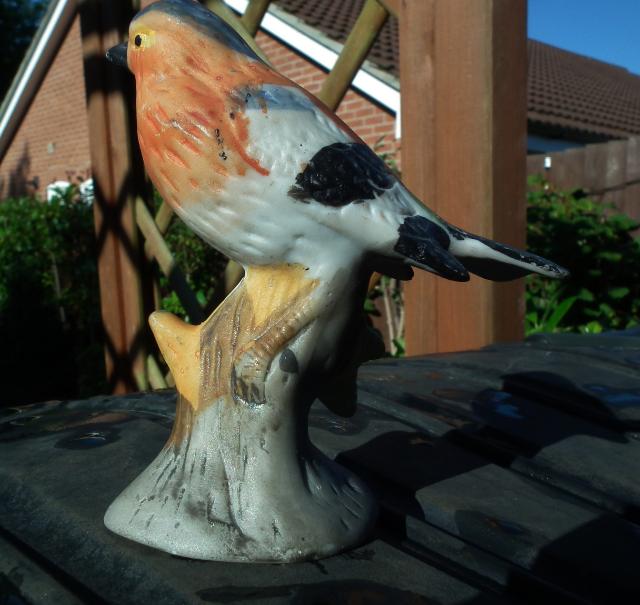 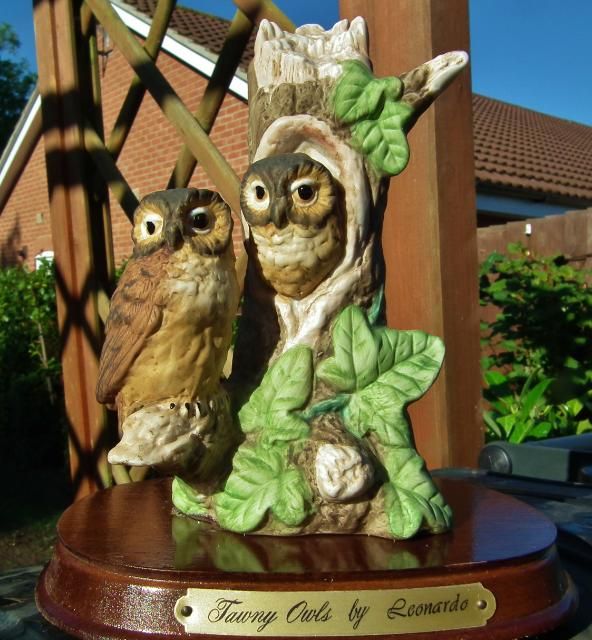 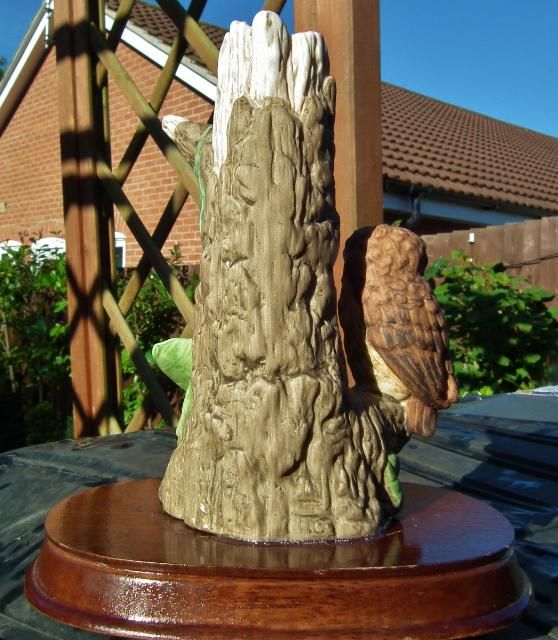 Very nice Captain. I like the two owls best. My mum used to collect birds but when my mum passed away, my brother had all her collection because he is a bird-lover. I just kept one.

They are all such fun to see, Captain - but if I had to choose a favourite, it would be the owls - just so cute!

I think I like owls because they have such lovely eyes, as do camels and giraffes.

These are all so lovely our Captain what you've bought, such a really nice collection you have, and I too like the Owls, and the Swan there looks amazing.
So lovely as well with you finding these there you are also helping the Charities.. :clap10:
_________________

Thankyou folks and yes the Owls are nice , I like it as its also on the wooden base you often see them with cottages on ,
Its nice to have started to collect them and start filling the front window its good to get them from the Charity shops one as you have a good root around but you are helping the charity as well and you know the Owls that style of china is really expensive to buy new and when donated becomes Bric a Brac but its nice to have something your looking for you can go many times and not find any then another time get several ,
June they say the eyes are the windows to the Soul and I do know what you mean they express so much a Dog for example if your ok and they will access you in an instant you connect but if you dont just how the eyes look tell you to keep away , an Owl also has the warm looking face unlike say the Bald Eagle beautiful yet so focused and deadly as well and the Eyes show that and the huge Talons and the axe for a beak ,
Funny I havent seen any spoons I think Tanooma must have the word out on them , like one of them Blue Peter appeals when they showed the Royal mail delivering van loads of whatever they were asking for

I dont know what the Swan is made of its hard and heavy but feels like it would dissolve in water it didnt when I washed it like a soap stone or a Pummis rock a very strange stuff a bit like then Sugar Mice you had as kids ,but nice to sculpt no doubt ,

Yes, Captain, eyes can have many expressions in most humans and some animals but the expression can also be cold and hard or blank, like goats' eyes.

The animal eyes I like are those of the rabbit as they always look soft.

wow they are lovely, love the swan. they are all beautiful

Well folks today I went to just one Charity shop Sue Ryder and found these Birds there to add to my collection , I did have them in the front room window but to easy to knock them with the curtains so I cleared the kitchen window and have them there I can see them now as well instead of behind a curtain but I have 16 now , 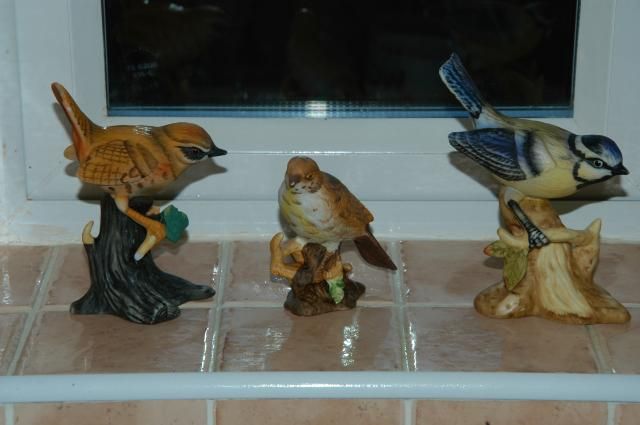 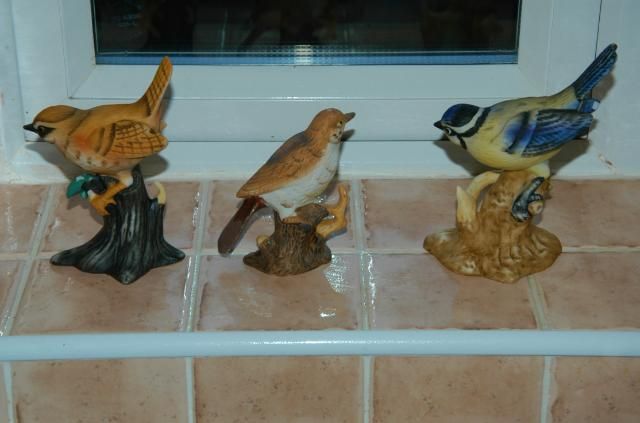 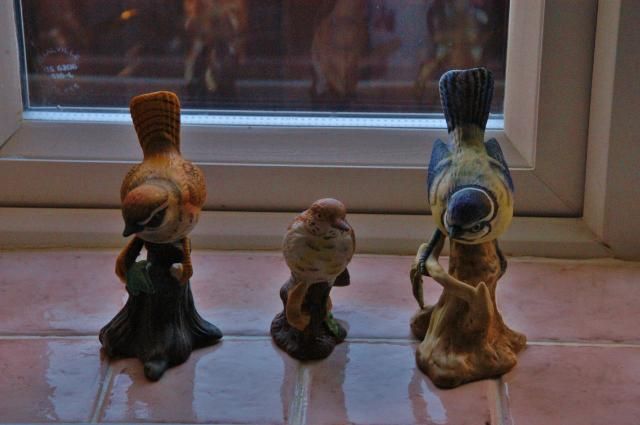 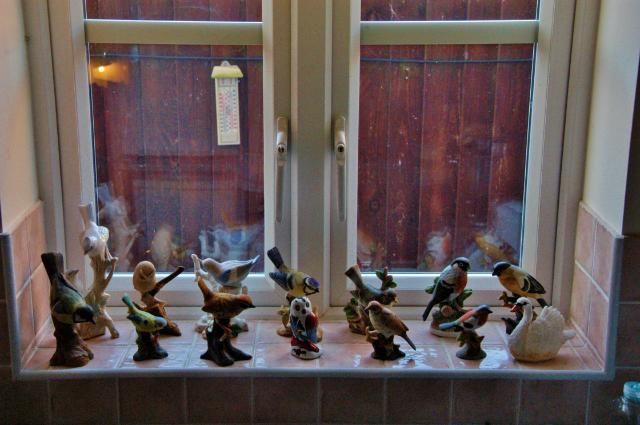 That's the fun of collecting Captain.

The Great Tit is nice and you have a good selection now.

Such lovely finds for you there our Captain,

and a really nice collection, the colouring on them are real to life for sure.