You may have already known of this, but I sure didn't. In spite of the watching the
film about World War II and the European theater, I never thought to wonder
how all the military vehicles were supplied with fuel. They sure couldn't
just stop at the corner station and fill up their tank or jeep gas tank. I found this film
fascinating.

That is an interesting thought our Rich, I never even thought how they got their fuel.

That was really interesting to watch, all the thought and planning in creating what was the best to use.
Amazing that drum there how it got all the pipes laid.
All the machinery too that was needed to be made.
And well thought out too in how they camouflaged the fuel stations there.
_________________

Glad you enjoyed it our Tan. One of my uncles, on my mum's side, was in the supply corp in the Canadian army, during ww2. He drove a petrol tanker that fueled up tanks, jeeps and all sorts of trucks. As the film depicted, fuel came to France via pipeline, but, it had to be carried somehow to all the various vehicles.

That was facinating indeed, Rich - not only do I love to learn things (and I hadn't know this either), best of all, for me, was seeing the old images - wow!

Thanks ever so much for finding and sharing this great lesson on how the fuel was supplied!

I did previously know something about PLUTO, but not much, however a look at Wikipedia tells the history and how, have a look here-

It really was an enormous accomplishment and by the end of the war they recorded a million gallons of fuel pumped across to Europe in one day.

I had a good giggle of the two tug test Nev, would have loved to have seen that test.

Thanks for the link Nev, I have seen some of this some time ago on the TV but forgotten it. That was some feat that was done in those years of trouble, we have a lot to thank our parents generation and thats for sure.

skip
~ God Bless you our Skip ~

Glad you enjoyed that bit our Skip. As a point of interest, my Dad's nickname was Skip.

My uncle was lucky Paul, as those tanker lorries made for a good target. The Germans would always target one in a heart beat. The D Day invasion had a huge allied army, which needed all sorts of supplies, food, ammo and lots of fuel. They had to come up with some sort of efficient way to deliver all these items, mainly the fuel to supply a huge army with lots of vehicles.

There is so much that is still secret or forgotten about the Second World War Rich, I hope you don't mind but a chap across town showed me this: 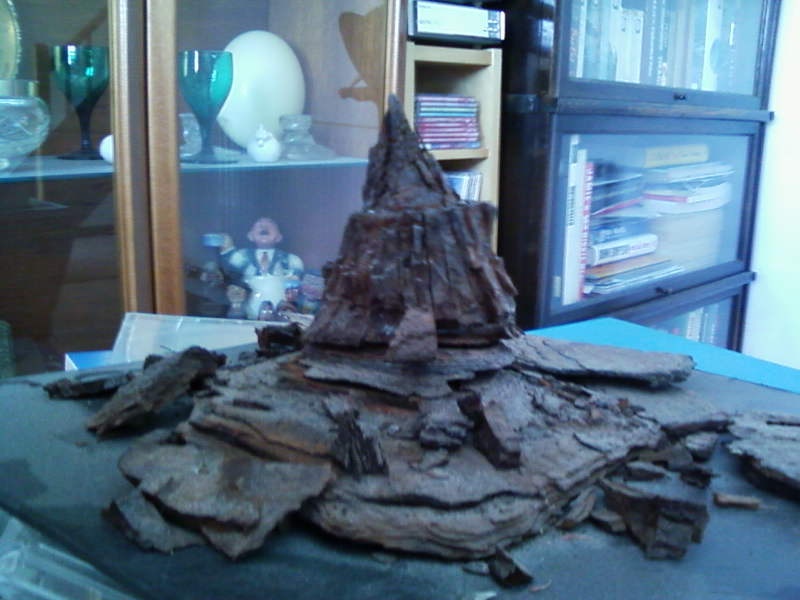 Can you guess what it might be, a clue is, it was found near Chesil Beach near Weymouth on the Dorset coast.
The year that they think in was made is 1942 for test purposes. I have other angled photos but I have not yet loaded them.

I don't mind at all Gordon, please post anything you wish. Not sure, but, it looks like shrapnel. It's hard to tell.

Glad you liked it our Alan. Like I have said before, I am a huge history buff. Especially World War 2 and the European theatre. I have read hundreds of books on the subject, plus the internet. The subject has always fascinated me. Most of my relatives, including my Dad are all gone now, God rest them. They all suffered, in some way, during that war, but thank God they all came home.

My Dad's older brother, my uncle Harry, was a navigator in the Canadian Air Force. He flew mainly in Lancaster and Halifax bombers. He was part of the night bombing of Dresden. The Yanks bombed during the day and the Brits and Canadians bombed during night time. Uncle Harry did 32 missions and signed up for more before he was repatriated home to do training.

WW2 has always captured my imagination as well, Rich, my late father-in-law, Margaret's father, used to sit for ages with me telling me of his experiences in the war. He was captured during the war, by the Italians I think, memory is not so good these days, anyway he was captured in North Africa somewhere and was part of the Long Walk of the POW's. It was fascinating listening to him.
_________________

Not shrapnel Rich, part of a large bomb that did not explode but just rust away, over 70 years by the sea.

WOW, never suspected it to be a bomb. I read something about Blackburn Lancashire, Nev's home. Something to the effect that there are still lots of unexploded bombs still found there. Is that true our Nev????

Nev has been digging Bombs for years Rich.

A rather famous hill not too far away, Pendle hill, famous for the witches trials, was used for target practice during the war. Even in the present day odd bits of armament are dug out or generally just found. In a lot of cases blank shell rounds or solid shot, but the odd live unexploded mortar bombs now and then too.
Another odd thing was found recently right in the town itself, we have a park that is only a short walk away from the town centre, and I have posted pictures of Corporation park in my albums.
There is a large lake in the park where a few years ago a local sub aqua or diving club got permission to practice diving in it for training purposes, however they found a fairly large ammunition dump at the bottom of the lake. The dump was traced back to the old home guard of the first world war, they must have just dumped the stuff in the lake when the war ended. Grenades and various types of shells were found, all still live and capable of doing some damage if they had gone off.
The army disposal lads came and took the lot somewhere out of town and did a controlled explosion on it all.
As for other explosive adventures, in the days I was messing around underground in caves and potholes, a fully licensed explosives guy who was a quarry worker and also a member of the caving club, we helped in removing a dangerous lump of rock from the edge of Gaping Gill pothole up in Yorkshire. One loud bang and it was gone.

Now as for that rather rusty lump of metal, although badly corroded it looks like one of the experimental, later to be adopted, tank track destruction mines, designed to blow the tracks off any tank unlucky enough to drive over it, thereby disabling the vehicle.

Nev, said.
Now as for that rather rusty lump of metal, although badly corroded it looks like one of the experimental, later to be adopted, tank track destruction mines, designed to blow the tracks off any tank unlucky enough to drive over it, thereby disabling the vehicle.

I will tell you, I'm told that it is the remains of an experimental bouncing bomb designed by Sir Barns Wallase that they tested at Chesil Beach.